An easy way to quickly find out everything you need to know about someone without asking them any questions.

You’ve probably heard it several times before – yours “eyes are windows to the soul” and seeing that they are framed by your brows, it’s only natural that your eyebrow also serve a similar purpose.

Your eyebrows aren’t just there for aesthetic appeal, they can also be used to express your personality. Many cultures believe that parts of the human face can reveal aspects of people’s lives, age, and even health.

For instance Chinese cultures have longed held the belief that our eyebrow can reflect your relationship with your family or your partner, as well as your career and overall lifestyle.

According to Jean Haner, a facial reading expert who married into a Chinese family, eyebrow can reveal one’s assertiveness, logic, motivation, organizational skills, decision making abilities and even what motivates them.

While this notion may seem a bit “unbelievable,” if you’ve ever studied physiognomy you will know that eyebrows play an important role in face reading.

In ancient Chinese culture, having dense, long and smooth eyebrows that were high above the eyes was seen as a good sign.The ancient Chinese also believed that the appearance of one’s eyebrows was related to the health of their liver and lungs. Sounds a little sci-fi, right?

However, if eyebrows can really act as diagnostic tools for assessing someone’s personality wouldn’t you want to know more about it? In this post we’ve looked to some of our most beloved female celebrities to help us decipher the meaning behind eyebrows of varied shapes, length, height and density.

So, without further ado, let’s find out what Hollywood’s highest paid eyebrows say about them. Who knows; you may even unlock a few secrets.

Who better to start with than the reigning queen of natural looking eyebrows herself – Cara Delevingne.

Even before we saw glimpses of her making out in the ocean with Michelle Rodriguez, just by looking at Cara Delevingne we could tell that she is a very assertive forward-thinking person – and as it turns out the main reason behind this is her full eyebrows.

How to Enhancing and Shaping Your Eyebrows Overlook

Eyebrows help to improve your overall facial features, so being blessed with such stunning arches it’s only natural that the British babe would have tones of self-confidence and also be completely motivated about working hard for what she wants.

The “downside” is that some people with too much self-confidence tend to get upset very easily.

If you are someone like Cara Delevingne just remember to take deep breaths whenever you get upset and try to stay calm.

Not everyone is gifted with perfect brows and some may not have the same level of confidence that you do so give them some time to catch up.

Cara may have starred alongside Taylor Swift in her Bad Blood video but their eyebrows speak completely different languages.

In comparison to Cara’s full thick brows, Taylor’s eyebrows are extremely skinny (a little too skinny) and if yours are anything like hers then you probably struggle with the same indecisiveness and probably spend more time listening to the opinions of friends and family rather than making a decision on your own.

It may also mean that you love to surround yourself by equally attractive people to help heighten your self-confidence somewhat.

Taking huge risks is definitely not your forte and you generally have to spend a lot of time planning and perfecting your work.

In Taylor’s case this is undoubtedly a contributing factor to her musical success over the years and with her huge Grammy collection no one really cares about the size of her eyebrows. 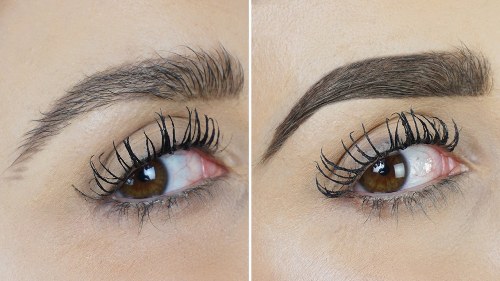 We’re not sure if Pamela Anderson is just late to the party or she simply has an addiction to using teasers.

It’s clear that her eyebrows have been plucked one too many times and they need a lengthy break.While these extremely thin brows are a clear statement to her delicate personality, they also steal away from the assertive, confident personality that we discussed earlier.We are sure Pamela must have her reasons for wanting to portray a more innocent kinder look but some researchers have also pointed out that it can also lead others to believe that you are narcissistic.

Could Eyebrow Extensions Be The Solution To Your Horrible Brows?

Maybe someone should tell Pamela that when it comes to maintaining beautiful eyebrows, the general rule of thumb is to let them grow out.

It’s no secret that Queen B has a bold personality but she is certainly one of the most private celebrities in Hollywood.Luckily her neatly curved eyebrows can give use some insight into her real personally.

They indicate that she is an equally logically and fair person who is often viewed as being overly responsible by her peers.She has an emotional side but never lets her emotions clouds her judgment.

Her gently shaped eyebrows also tell us that she’s a very savvy business woman and someone you would want to be on your team.Research has also indicated that these types of eyebrow styles suggest that a person is trustworthy and exudes a natural warmth that can be comforting to others.

We’re sure that this might have contributed significantly to her career development, since impulsive decisions aren’t really her forte.In addition, she not afraid to hang out with a more lively crowd that can help her to loosen up every now and again.

Olivia Wilde eyebrows aren’t situated immediately above her eyes, they are naturally higher up on her face.

Her brows scream perfection and is one of the main reasons why she always looks so effortlessly flawless.People with eyebrow styles similar to Olivia generally set high expectations for everyone around them as well as themselves.They prefer to demonstrate their own strength by working towards success alone rather than with the help of others.

Nonetheless, this doesn’t mean that you’re not a person who respects others opinions and is appreciative of everything they do for you.

If you’re like Olivia, bear in mind that you may seem a bit boastful and intimidating to others around you.Of course this is not a bad trait and it may certainly come in handy when you’re trying to score a big deal and accomplish your goals.

If you like to rock eyebrow styles similar to Jamie King you are probably a quick thinker who learns at warp-speed.The downside is that your emotions tend to influence your decisions greatly and you hardly spend time to think things through.Again, this may not be as bad as it sounds – you could be the perfect competitor in a game of poker.

Your friends always loving spending time with you and when it comes to keeping your personal life interesting, you definitely know how to be spontaneous. 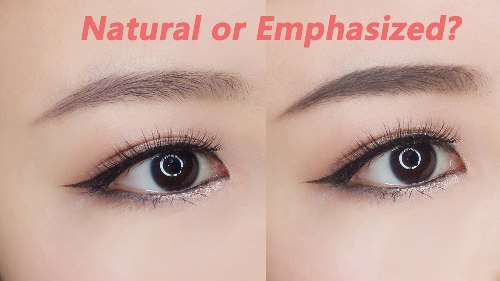 Brows That Don’t Match Your Hair

Let’s pause for a moment, because Rita Ora (and you if you’re eyebrows are anything like hers) is about to take center stage for pulling off this bold look where you don’t have to match you’re eyebrows with your hair.With such noticeable eyebrows you’re probably someone who knows to take charge and turn any situation around.

What Celebrities Do To Keep Their Eyebrows In Tiptop Shape

You’re a driven person who is never satisfied about not getting what you want and you love to be creative with the way you present yourself – a true go-getter.

Despite the funny online comics and memes you see today about eyebrows, tadpole eyebrows still exist – even among Hollywood hit stars.This Big Bang Theory star is one person who’s not afraid to wear eyebrow styles that resemble a tadpole or developing frog.It seems that she might spend too much time plucking the inner section of her eyebrows and this is the main reason why many of us may assume that she’s older than she actually is.

These type of eyebrows identify someone who works hard – maybe a little too hard sometimes.They prefer do things themselves rather than trusting others but sometimes this is not entirely a good thing  Nonetheless, you’re a hard worker who is willing to work at something until you receive the results you want.

The ancient Chinese believed that a person with a wide gap between their eyebrows often ended up living a happy life.This was primarily because they believed individuals with these eyebrow styles would not shy away from asking for what they want or requesting help from others around them.

Those with a smaller gaps were believed to me mostly unsuccessful at achieving their goals.

Dry, sparse and short eyebrows can also help you to assess a person’s personality without the need to ask questions.Most people with overly dry eyebrows tend to be fussy a lot, cautious about everything but get excited easily, very calculative, and tend to have a bad temper.

In ancient Chinese culture, long eyebrows were often seen as a sign that someone would live a long life.They believed it was a sign of good health and love for one’s self.

Eyebrows Also Say Something About Your Health

As with your personality, your eyebrows can also say a lot about your health. 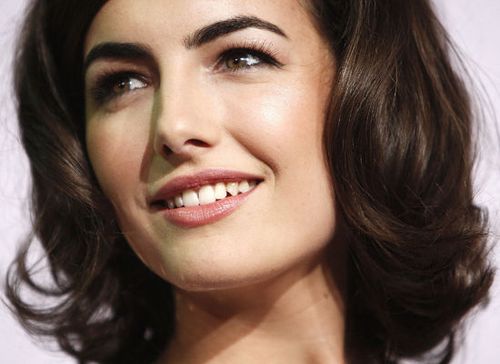 Some research has indicated that thinning eyebrows are generally one of the first signs in people suffering from thyroid disease, especially if they are also experiencing hair loss from other hairy regions on the body.

While this is particularly common among women between ages 20 and 30, it can also happen to anyone.Premature graying of your eyebrows can also indicate issues with some thyroid glands. In some cases they could be underactive while in other instances they may be overactive.

Combined with other symptoms; such as weight loss or gain, missed period, mood swings, noticeable skin changes, and a lack of energy; eyebrow thinning and graying almost always relate to thyroid illness.Your thyroid is situated in the lower part of your neck and the trachea – below the area commonly known as the Adam’s apple.

Eyebrow Shapes You Must Not Choose Even in Your Dreams!

It’s the largest gland found in the human neck and it is typically tasked with storing and manufacturing hormones that are responsible for regulating various metabolic functions, including your heart rate, body pressure, and temperature.

Your eyebrows are also related to your liver and lungs. For instance, a bright green vein or small moles around your eyebrows could mean that there is a problem with your lungs. If both signs appear towards the tail of your eyebrow this can mean the issue is with you liver.

Additionally, white eyebrow hairs should not be ignored since it could indicate that there is a problem with your liver.

We discussed earlier what dry eyebrows can tell you about someone’s personally but they can also give you some insight into their health condition.Pale skin combined with dry eyebrows is in some cases an indicator of anemia and it could mean that there is a problem with their respiratory system.

Eyebrows that grow wildly are common among people suffering from some form of depression.Droopy eyebrows can also indicate depression or an eye condition often referred to as ptosis upper eyelid.This condition can restrict or even block normal vision. Therefore, be sure to contact a specialist if you believe you have ptosis upper eyelid.

A person in good health will generally have dense, sleek eyebrows that look uniform.They try to practice a healthy lifestyle, are not easily confused, and are less likely to succumb to illnesses.Many Asian cultures believe that admiring different aspects of a person’s eyebrows was one of the best ways to reveal the health levels of the body.So, what have you learnt about your eyebrows?