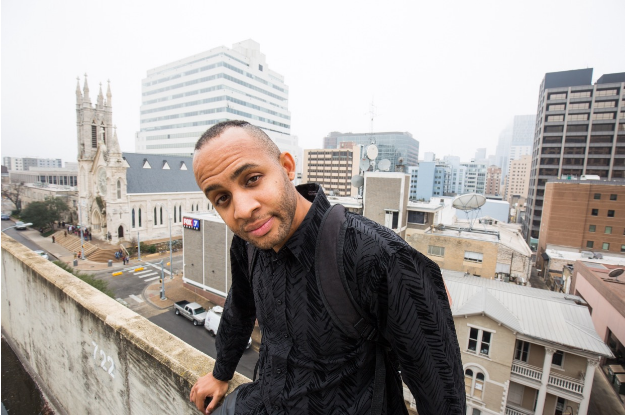 If you’ve been following my work you know how passionate I am when it comes to strategy, chess, and entrepreneurship.

And the unique ways in which the three are intertwined.

I recently came in contact with a gentleman that simply struck a nerve on my intuition. There are many reasons why he caught my attention in the first place, but above all else, it was his reference to him calling himself a strategist that drew me in.  That’s pretty rare right?

The conversation started like any other conversation.  Majority of times, you speak with an entrepreneur and you can tell if he or she studies mindfulness and/or is living a purpose driven life.  As we began to dive into what he does and what he’s about, the conversation took an interesting spin that I hadn’t seen coming.  And I’m pretty darn good at counting my moves many steps ahead of most chess players.

So then all of a sudden, the conversation went like this:

Q: What are you passionate about?

A:  I help people live inspired and transformed.

I’m thinking that’s awesome.  Traditional or typical coach lingo.  He hadn’t come slightly even close to the nerve yet.  I go on to ask:

And here’s where it gets interesting…

A: We create solutions and innovations by using strategy and creative art.

Prepared for an answer that is innovative and somewhat common, he hit me with a parable that blindsided my expectations.

A:  I’ve found from others that what I do big picture can be overwhelming, so may I give you an analogy?

I’m like…of course…duhhhh!  I didn’t say that but it was on my consciousness.  He elaborates and says…

Him:  Are you familiar with Tony Robbins’ body of work?

Him:  Imagine if Tony Robbins and Michael Jackson had a baby.   I’m the baby.

Chess Tips and Tricks: Advice from Grandmasters You Must Know

And as he began to smile this smile that said I’m serious, I could feel his sense of his conviction. Curiosity peaked, I had to know more.

Some of you may be thinking, the audacity of this guy right?  To compare himself to arguably two of the greatest that have ever done it in their respective fields. But the interesting thing wasn’t what he said but the way and how he went about within his approach, and the way he said it.  It didn’t come off with a tone of entitlement, arrogance or cockiness.

The way I received what I heard was it felt like a playful joke and he was being truly transparent about this brand.  I sensed an authenticity about what he actually believes he’s building.  Even though we can all see how big of a vision he has.

Is he literally the next big thing?  I thought hmmmm…

I don’t know the answer but in his mind he is for sure.

I thought the answer was clever and it sounded like he might of even rehearsed this a bit.  However, his energy had me vibrating like a monk who rang a gong in Tibet.  He had me hooked.  I could sense his passion.

I still wasn’t sold though.  I wanted him to elaborate.  So I decided to keep playing.

THE CHESS GAME: TACTICS AND STRATEGIES

I consider myself an above average consumer of Tony Robbins material as an influencer. So I was curious to learn if he matched my level of understanding.

He answers: Tony Robbins is known as a speaker but he truly is a strategist.  I’m a strategy guy that has been playing chess for over 28 years now, so I think 15 to 25 moves ahead of most thinkers.

Now I’m beginning to lean in a bit more to the conversation because that sounded pretty spot on.  I didn’t know what the heck he meant with the Michael Jackson piece yet I was intrigued.  And that’s when he hit the nerve like a miner digging for gold and struck magic.

He says: My passion is music.  What I’ve found is an influencer or a lifestyle brand is naturally an artist.  Their podcast is like a radio show right?

Me:  Yeah.  I never thought of it that way but sure I guess so.

Him:  Exactly!  Only difference is they don’t release albums and songs.  Their “albums” is their books which gets consumers engaged and active into their funnel.

Clearer still, I didn’t fully see it so I had to get clarification.

Me:  So are you dancer then?

A:  I can dance but that’s not my biggest thing.  I’m really a combination of a few different artists that I’ve created overtime but I say MJ so people can grasp it in under 5 secs.  Make sense?

So he had me.  I’m in.  In enough that I wanted to follow the journey to see if he lives up to the hype around the execution of his brand.  Everybody talks right?  And like Gary Vaynerchuk says, at the end of the day it’s about execution.

Q:  How long have you been doing this?

A:  Tony has 29 years on his brand and we are right about 7 consecutive months in.  Altogether, I’ve been hustling for over 17 years.

Me:  Interesting.  How did you get started?

Him:  Long story short I headlined, booked and promoted a sellout concert at the age of 18.  We did 1,209 people in Richmond IN.

So my final question, a good question I wanted to know.

Q:  What are you working on right now?

Him:  We finished the album so we are mastering and packaging that up while we are launching our Relationship Acquisition course.  Our student just broke 6 figures.

Me:  Wow that’s incredible!  I said last question but I have another. Relationship acquisition…What is that exactly?

A:  It’s a new philosophy on how to generate opportunities and close deals, as they say in sales, by focusing on the one-to-one relationship versus making money.

The questions were meant to stop but I had to keep playing. I was in now.

Me:  Interesting.  How fast did your student reach 6 figures?

Q:  So if you don’t focus on money and revenue, what then do you choose to focus on?

A:  Serving with no intention or expectation other than doing what is in the person or “prospect’s” best interest.

What was really cool about this particular answer that allowed me to engage even deeper was he put air quotes up, as if to show complete disinterest in the usage of the word prospect.  I picked up on that so I was like….

Q:  Why did you put air quotes around prospect like that?

A:  Corporations get lost in only thinking about profits and revenues.  I understand that they’re building robots to scale and disrupt things but humans will NEVER be robots.  Humans have emotions.  Emotions that are complex and I’ve always found joy and fun in the discovery process.

Chess Tips and Tactics: Build Your Kingdom and Gain Your Victory

Me:  To be clear, what are you referring to as the “discovery process?”

Him:  It’s the process of strategically framing and asking questions.  Purposefully, to guide the person to a mutually beneficial scenario.  The key is that it be win-win.

Me:  Ok so what’s different from what’s being taught in the marketplace now?

Him:  There’s no humanity in it.  It’s greed traditionally. I’ve mastered the art of relationship acquisition.  I no longer call it sales. A recently new friend Chris Schembra calls it the art of human connection.  I found that to be a genius level of mastery.  The heart of and foundation to everything.  Your network is your networth right?

Me:  Interesting.  And of course.“Mastered,” based on who’s or what criteria?

A:  Based on I’ve worked for 30+ companies including Google (as a subsidiary), University of Phoenix, Dish Network and I’ve always been one of the top performing sales guys. I would close over 33% and I did the same process every time.  I’ve sold a tremendous amount of different services and products.  No arrogance or ego here but I even crushed it at selling Rainbow vacuum cleaners.

Me:  What’s the worst sales job you ever had?

A:  When I was in Atlanta, Norcross Georgia to be exact back in 2006.  I sold paper at a company called Dynamic Marketing.

Me:  (Not even holding back a laugh.) You sold paper?  Like Dunder Mifflin in that show the Office?  That’s hilarious!

Him:  Well get this.  Super funny!  We had to wear a full three piece suit in the humidity and go business-to-business door-to-door.  Talk about funny.  Yeah. We sold Quill paper and my opening line was absolutely hysterical.

Him:  Hey sir/ma’am.  My name is Dimetri with Dynamic Marketing.  I can save you so much money on your business today.

Me:  That’s hilarious!  Did you sale some?

Him:  Yeah but it was terrible.  I hated that job and hate; I know, is a strong word.

We went even deeper.  We started talking about what he did at University of Phoenix and his music. I even asked him what Cauveé [kaw-vay] means and found it to be his middle name which is now his only name.

All I know is for someone who chooses to have no last name, Cauveé [kaw-vay] is an interesting character.

He may or may not reach the heights of a Tony Robbins-Michael Jackson hybrid.  But all I know is it’s going to be fun and interesting to watch him try.

Cauveé [kaw-vay] said he’s super open and passionate to connect with other like-minded positive executors and dreamers.  The best way to talk with him is [Call to Action].